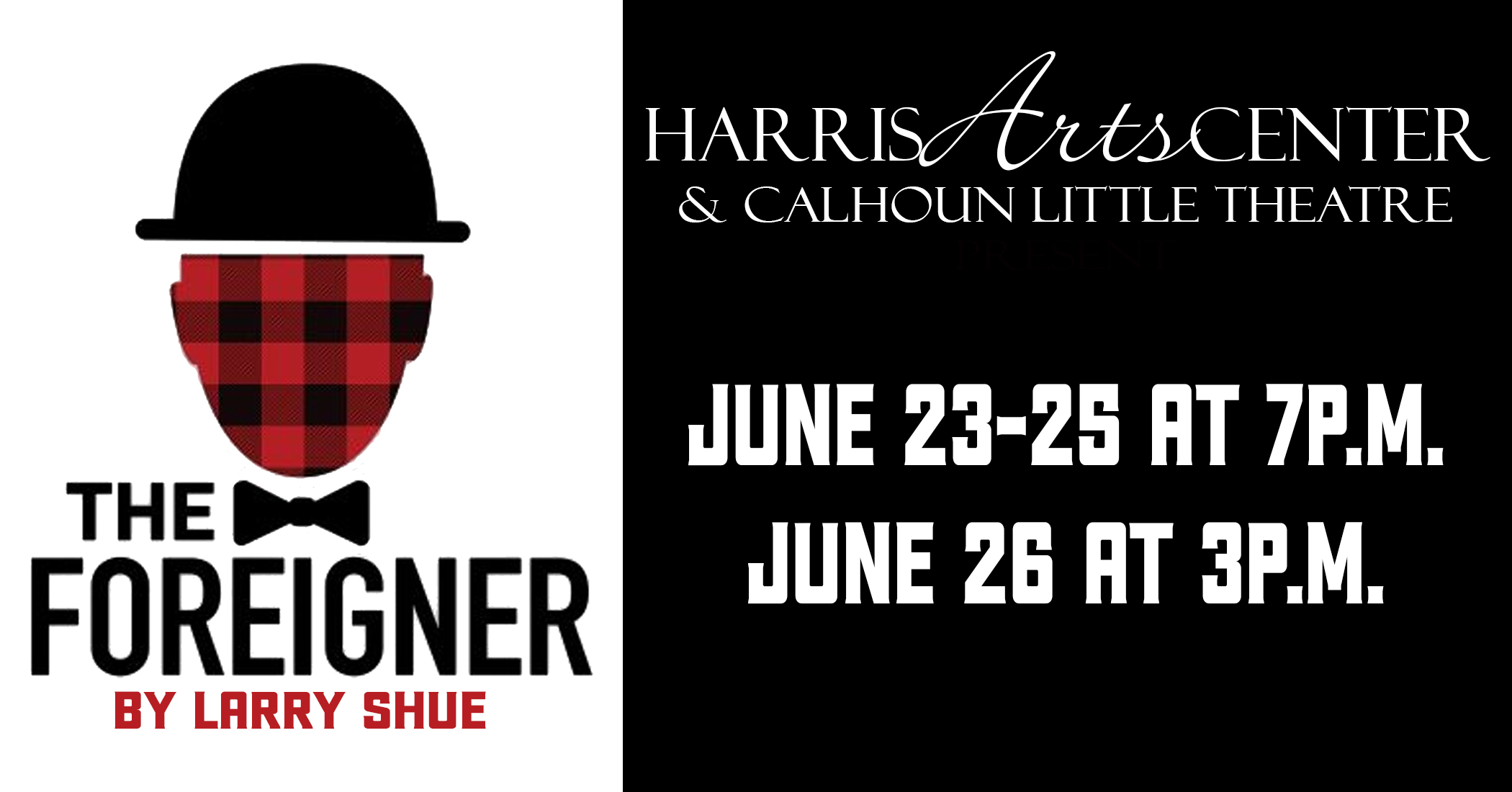 Set at a fishing lodge in rural Georgia, “Froggy” LeSueur and his pathologically shy friend Charlie run into a British demolition expert from a nearby Army base. Before leaving him, “Froggy” tells everyone at the fishing lodge that Charlie is from an exotic foreign country and speaks no English. Charlie overhears more than he should and “what he does fuels the nonstop hilarity of the play and sets up the wildly funny climax”.

The Calhoun Little Theatre is pleased to stage this hilarious comedy written by Larry Shue.  The play is directed by Robb Thompson.

Tickets are $15 General Admission, $12 Seniors/Students and $10 HAC Members and may be purchased online at harrisartscenter.com or by calling 706-629-2599.