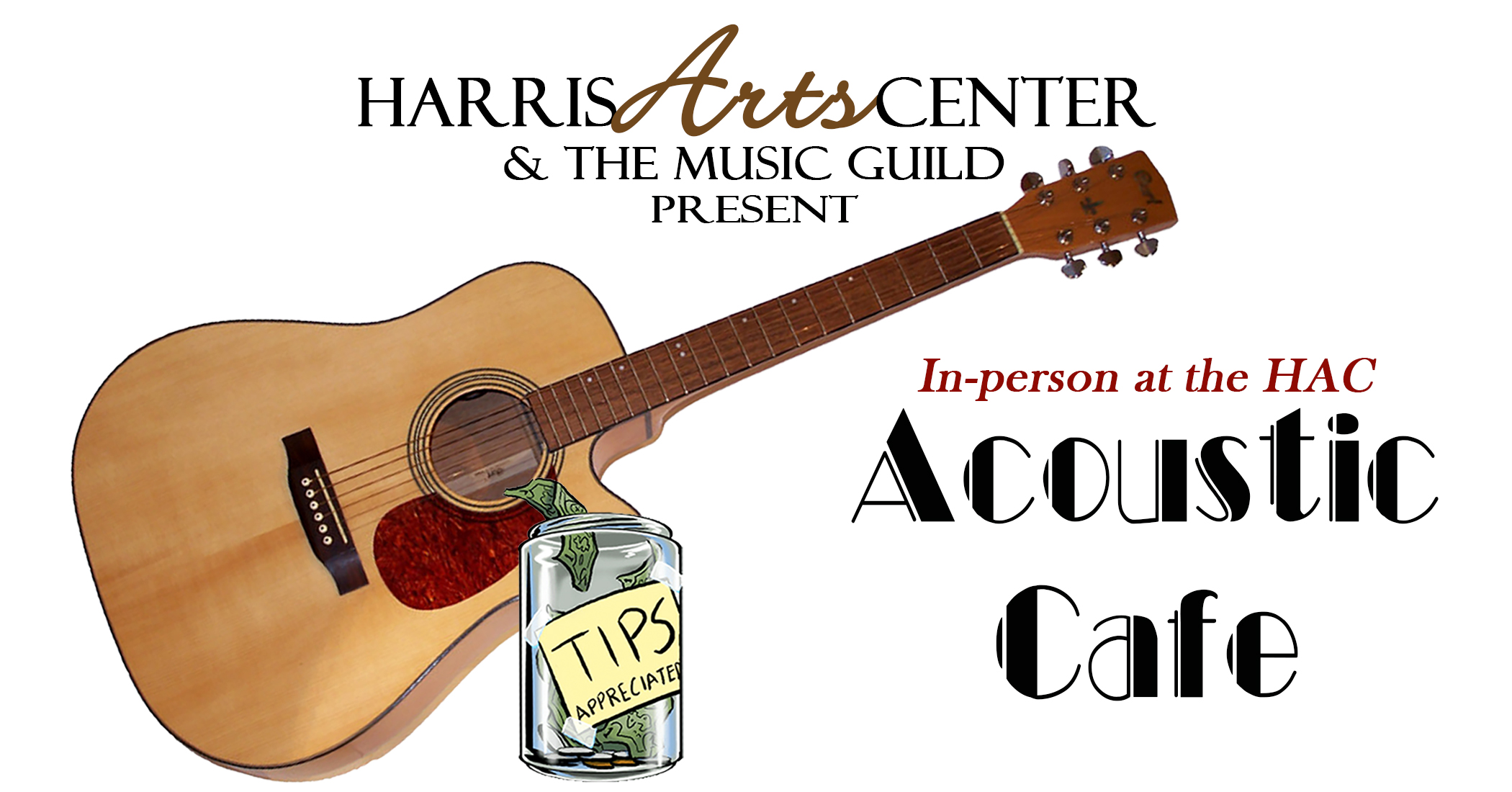 Acoustic Café began in 2019, and was inspired by the Bluebird Café in Nashville. Patrons are offered the opportunity to hear local and regional talent in a relaxed setting. Cover charge for this event is $5 at the door and a cash bar with beer, wine and snacks will be available. Audience members are encouraged to tip the entertainment.

For those unable to attend in person, this program will be presented Live on the Harris Arts Center’s Facebook/Instagram pages. There will be no cover charge for this virtual event, but viewers will have the option to leave a donation to the performers through our PayPal virtual tip jar. For more information, call the Harris Arts Center at 706-629-2599. Reservations are not required.

Cheyenne Medders is a folk & rock musician from Resaca, Georgia. The son of songwriter Jule Medders, Cheyenne lived in Nashville for 16 years writing and working with artists and bands such as Sam Outlaw, The Kernal, Riley Moore, Sarah Darling, The Nobility, and his own band with his brothers, The Medders. Cheyenne wrote with The Secret Sisters on their Grammy-nominated album You Don’t Own Me Anymore, and with Ward Thomas on their UK #1 and gold-certified album Cartwheels. His own album Day Stood Still was ranked in the top 5 albums of 2015 by Ryan’s Smashing Life and championed by Adam Duritz of Counting Crows. More recently he has been releasing singles from his forthcoming album, as well as a music video for “Sapphired Up”. Since moving with his wife and son back to Resaca in 2021, Cheyenne is writing and producing at his home studio, and preparing for live shows in 2022.

Riley Moore is inspired by a life of adventure like walking an entire 1600 mile tour on foot and living on a sailboat on a lake in the middle of his hometown of Nashville. Currently he lives on an orchard south of Nashville and just released his second album “sweet boy” which has been celebrated for its raw folk instrumentation and honest lyrics. His debut album, Vagrant, was premiered by Billboard Magazine in July 2018. His writing often draws comparisons to Bob Dylan and John Prine. Since taking the plunge into touring life, he has shared stages with Shakey Graves, Lyle Lovett, Charlie Parr, Arlo Guthrie, The War and Treaty, Parker Milsap, Sam Burchfield, Town Mountain, Rusty Clanton and more.

Bea Troxel was born in Nashville, but didn’t begin her career until she moved to central Pennsylvania. She credits her start in music to the accessible music industry in Pennsylvania that taught her how to get started. Troxel moved back to Nashville, formed a band and the rest is history. In 2017, Troxel released her first album, The Way that it Feels. This album led to two national tours, invitations to open for Haley Henderickx and Ben Solee, a TED talk, and appearances at numerous festivals. “I’ve always wanted my music to invite others in and create space for reflection,” Troxel says.