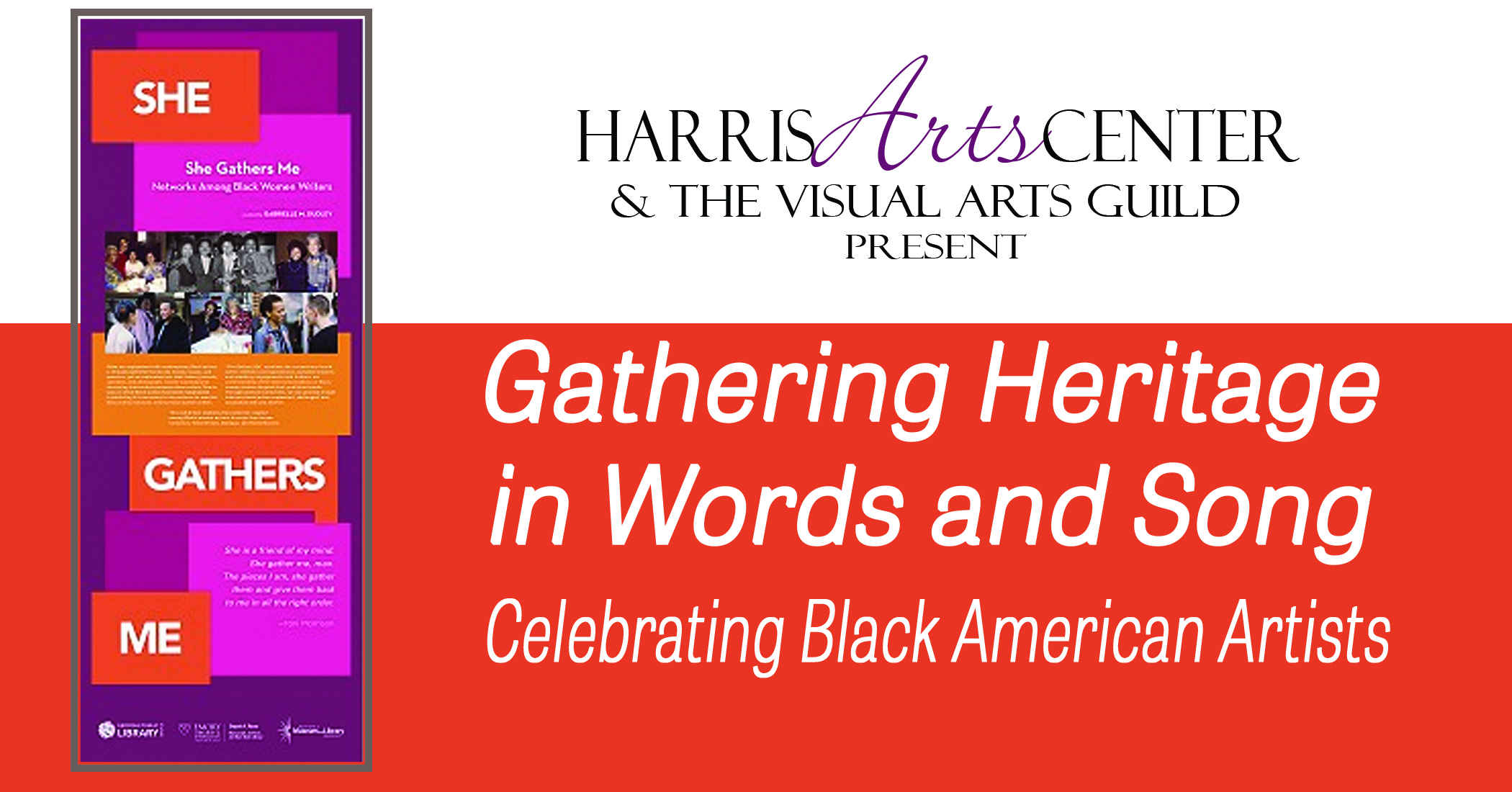 Featuring the art and creativity of Black Americans are banners, books by Black women authors, and artifacts and memorabilia of the Gordon County tenor Roland Hayes.

“She Gathers Me: Networks Among Black Women Writers” is a colorful mosaic of six upright banners exploring the insights, experiences, and relationships of the featured authors, who include such luminaries as Alice Walker, Audre Lorde, Pearl Cleage, Tayari Jones, and others. It is on loan from the Stuart A. Rose Manuscript, Archives, and Rare Book Library at Emory University and the Georgia Public Library Service.

Displayed alongside the banners are books of fiction, essays, and poetry for adults, young adults, and children. Assembled by the Calhoun Gordon County Library and private lenders especially for this exhibit, they include work by many more women than those featured in the exhibit.

Among the Roland Hayes memorabilia are 78 RPM phonograph records from the 1920s. One was produced by Hayes himself to sell at his performances, much as artists sell CDs of their works today at concerts. Also featured is a large wardrobe trunk that belonged to Hayes, recently acquired by the Roland Hayes Museum, and several photographs that have not been exhibited here.

On view from now through the end of February, Black History Month, the exhibit is a collaborative effort of the Visual Arts Guild, Calhoun Gordon Arts Council, the Calhoun Gordon County Library, Emory University Libraries, and Georgia Public Library Service.